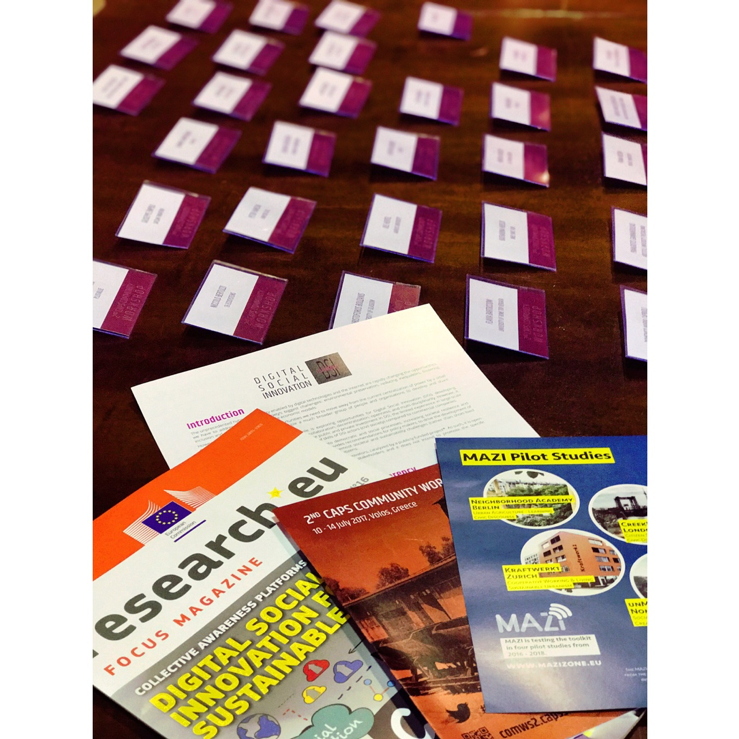 The 2nd CAPS Community Workshop organised in Volos and co-located together with the MAZI Summer School 10-14 July 2017, Tsalapata Building in Volos, Greece.

The main goal of the 2nd CAPS community workshop was to gather all organisations actively engaged in design, deployment and promotion of technologies for good, which embraces a number of initiatives within the broader Digital Social Innovation (DSI) ecosystem, in order to debate progress, priorities, and impact for the society. The main focus of the workshop was the user engagement and behavioural changes, while learning about the main outcomes and results of the ongoing CAPS projects. Another major point of the discussion was the DSI Manifesto and the next steps.

The activities of the CAPS week in Volos, included:

The event attracted more than 100 people that registered and participated in the activities in Volos.

The 2nd CAPS Community workshop organised on the 12/7/2017. The agenda included local, European stakeholders and the event was focus on the active participation of the running CAPS projects. The detailed agenda and the presentations are available at: https://www.comws2.capssi.eu/agenda

Focus of the discussions: